I'm happy to report that my paper on cell types (back from the Granada Conference on Natural Kinds) has now been published online by Biological Theory. 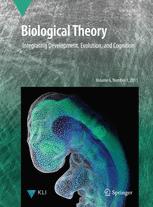 Abstract: Talk of different types of cells is commonplace in the biological sciences. We know a great deal, for example, about human muscle cells by studying the same type of cells in mice. Information about cell type is apparently largely projectible across species boundaries. But what defines cell type? Do cells come pre-packaged into different natural kinds? Philosophical attention to these questions has been extremely limited (see e.g., Wilson 1999, 2005; Wilson et al. 2007). On the face of it, the problems we face in individuating cellular kinds resemble those biologists and philosophers of biology encountered in thinking about species: there are apparently many different (and interconnected) bases on which we might legitimately classify cells. We could, for example, focus on their developmental history (a sort of analogue to a species’ evolutionary history); or we might divide on the basis of certain structural features, functional role, location within larger systems, and so on. In this paper, I sketch an approach to cellular kinds inspired by Boyd’s Homeostatic Property Cluster Theory, applying some lessons from this application back to general questions about the nature of natural kinds.

If you don't have a subscription, here's a link to the penultimate version. Just email me if you'd like a PDF of the published version.
0 comments