Just caught this post (with many photos) of the now mostly derelict Biosphere 2. Fascinating stuff (and judging from some of the comments, possibly not an accurate representation of the state of things there; the official webpage is here). I vaguely remember the buzz surrounding this thing in the early '90s. I suppose at the time that I assumed that the '2' referred to the fact that this Biosphere was a more sophisticated, bigger, whathaveyou version of Biosphere 1.0. No: we're living on Biosphere 1.0:

Watching something originally built precisely as a simulation of the Earth—the 2 in "Biosphere 2" is meant to differentiate this place from the Earth itself, i.e. Biosphere 1—slowly taken over by the very forces it was naively meant to model is philosophically extraordinary: the model taken over by the thing it represents. It is a replicant in its dying throes.

Aside from all the ironies involved, it's interesting to think about the underlying assumptions behind this project. At least, I think they were underlying assumptions: that a closed biotic system of a certain sort would attain some kind of equilibrium. Put a bunch of plants, water, microbes, animals, and whatever else together, seal it from the human-disturbed outdoors, and we'll have a sort of indoor Garden of Eden in the Sonoran Desert. But not only did its container mess things up a bit (the concrete screws with CO2 levels, I gather, the trees hit the ceiling, &c.), there was a roach/ant explosion (since presumably the relevant predators weren't included. 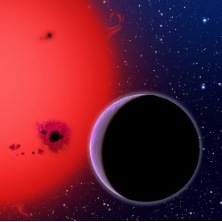 Not long ago, Wire Science had a nice feature on it (Biosphere 2 Not Such a Bust) that pointed out its importance for preparing for future mars/moon bases. Perhaps someone should try building Biosphere 3 at sea so that we can get ready to head to Waterworld.